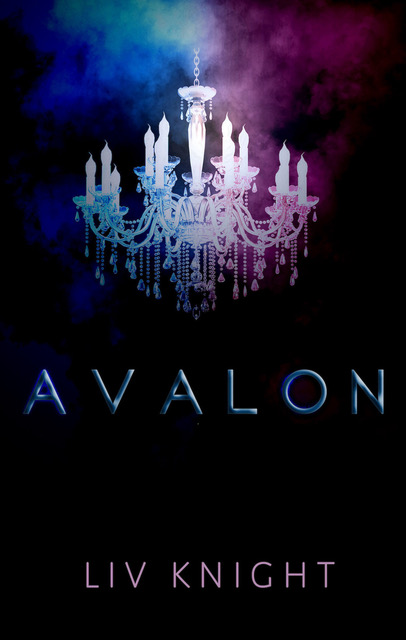 Kohl Merrifeild is a fallen Fae of the Seelie Court, breathtakingly beautiful, and banished to the human world to entertain women for the rest of his days at the infamous Avalon Club. They clipped his wings, took his magic – ensured there’s no chance of him rebelling or wielding his power. But there is something they forgot: beauty is power… And that’s the one thing they left him with.

After her first night at Avalon, a night club famous for the entertainment provided by the beautiful Fallen Fae, Bree gets swept up in the smoldering gaze of one of the club’s most coveted Fae: Kohl Merrifield. Just a pretty distraction. Easy… Brainless.

Until she starts to notice there might be more to Kohl than his devilish grin, the lean muscles, and those intense green eyes.

Until she starts to suspect he might be dangerous.

Bree believes Kohl is part of an underground group fighting to overthrow the system that keeps Fae like him confined within the walls of the club – a regime that Bree’s ancestors worked hard to put in place. And now she’s determined to prove that her suspicions are right and bring Kohl and his followers to justice.

Only she didn’t count on the fact that getting closer to Kohl could upend everything she thought she knew. And that there might be things going on at the Avalon club that are just as sinister as the ways of the dark Unseelie Fae.

As alliances blur, conspiracies erupt, and violence escalates, Bree is forced to make the toughest decision of her life: is she willing to betray everything she was raised to protect, for a rebel Fae she’s not even sure she can trust?

Come: step through the shimmering doors of Avalon…

*AVALON is an enemies to lovers urban fantasy standalone romance with a HEA. It’s a much steamier re-imagining of the award-winning Young Adult novel, TOP CHOICE, written under the author’s other pen-name: Sophie McAloon. Please note that while some of the characters in this book are seniors in high school, there are several explicit sex scenes and is therefore NOT intended for readers under 18.